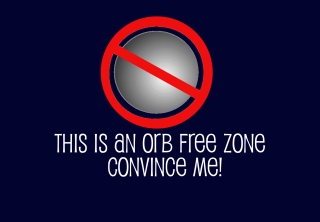 David has 40+ years of experience as a professional photographer at levels varying from studio owner to occasional free-lancer. He feels he knows enough about lens design, depth of focus (field) and direct flash effects to debunk most photographs containing so called “orbs.”  Before everyone starts yelling at all at once, he does admit that spirit orbs do seem to exist and there are some he can't analyze and explain, but they are rare. People tell him, ”they hover.” Yes they do; bugs hover. “They float.” Yes they do; dust floats. “They zip by.” Yes they do; bugs zip by. The whole problem comes from automatic cameras adjusting for a very dark environment and trying, or a lack of trying, to focus. Everyone who has studied photography at all is familiar with the term “depth of field” or “depth of focus" or even the term "bokeh." This rule states that at a given f/stop (lens opening) more or less objects in the photo will be in focus, depending on the focus point. So when your auto camera fires, or your video camera rolls in a dark room, the camera is throwing open to its widest lens opening, and probably the flash is going to fire in the case of a still photo. Read carefully now; the wider the lens is open the less things in the foreground and background are going to be in focus due to this effect. The camera is focusing on the largest thing it can see in the center of the frame in most cases. This leaves anything that floats or fly through is to small to focus on and becomes an out of focus...ORB! It mimics the round shape of the lens opening and becomes a small translucent ball. Even internal lens deformities or aberrations can produce strange orbs if the light is right. Now, once again this is not always true. David uses Adobe Photoshop and other software to analyze photos very close using channels and filters and such. Orbs are tough, and people want to believe because you catch so many. Some are indeed real, specially when accompanied by personal experiences. But most are caused by simple photographic mathematics. Be skeptical people, accept a lack of evidence and keep trying!


Watch here for an expansive study of Orbs in the near future. David hopes to provide many answers in one sweeping study! 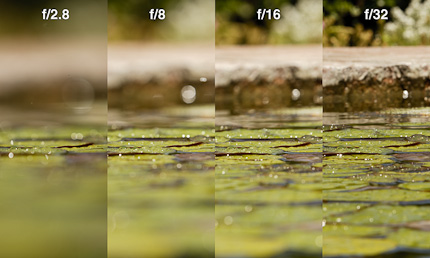 Even refelective surfaces can become orbs at the right lens opening. Here you can see how the lens opening affects bright surfaces too .

Light rain at dusk, taken with a point and shoot camera that fires its flash in a dark setting

Bugs are an incredible nuisance, specially in photography. Never big enough to focus on.

This was taken inside an abandoned chiurch without windows, during a rainstorm. more moisture droplets

Snow being larger particles, make for an amazing orb show.